Antonio is the Venetian merchant who values his friendship with Bassanio so highly that he agrees to an unusual grisly loan from Shylock. In the dramatic climax of the courtroom scene, he comes close to dying but in the end is saved.

• Salarino says that Antonio has an incredibly deep love for Bassanio.

• The men’s friendship is clearly an intense one. The adverb ‘only’ shows the exclusivity and depth of Antonio’s love.

Context: An audience might wonder whether this friendship has its basis in homosexual love yet male friendships in Elizabethan society were often emotionally intense.

• Antonio admits that he has no spare money as he waits for his merchant ships to return to Venice. There are plenty of references in the play to the perils of sea journeys.

• The metaphor highlights the treacherous nature of the boats’ journeys.The adjectives ‘dangerous’ and ‘roaring’ emphasise the vicious nature of the sea which can easily destroy the fragile boats and their cargo.

• Antonio is a businessman, the eponymous Merchant of Venice, yet an audience might question Antonio’s business sense as he states that ‘all’ his fortunes are at risk at one time.

Context: Venice was one of the great trading ports of Europe and Shakespeare’s audience was aware of its reputation as a place where enormous wealth was generated. Yet they were also aware of the perilous nature of sea journeys and so a sense of unease is created as Antonio later pledges to return money which he does not yet have and is reliant on the uncertain nature of trading at sea.

‘How true a gentleman’

• In a play where the lie between appearance and reality are often blurred, Lorenzo is earnest and sincere in his praise of Antonio as a ‘true’ or genuine man of honour.

• He directs the audience’s response so that we admire Antonio and are anxious about his fate.

‘the mask was a thing of its own, behind which Jack hid, liberated from shame’

• Jack paints his face in coloured mud, creating a mask. The mask allows Jack to explore his dark instincts which lead to violence.

• The mask could reflect how civilisation itself is just a mask, covering our innate sense of evil. Once the mask of civilisation is taken off, human nature is seen to be violent and evil. Jack can now be himself and indulge in all his previously hidden desires to hurt.

Context: Golding uses Ralph and Jack to represent two schools of thought on how society should be run: Ralph represents democracy while Jack is moving towards a dictatorship. In this, Golding draws parallels with the recent World War 2, often viewed as a struggle between opposing ideologies.

‘The weakest kind of fruit drops earliest to the ground’

• Antonio accepts his death, saying that he is weak and so will die young.

• He sees himself as flawed and weak. This perhaps links to the opening of the play, where he is melancholy and depressed without any good reason.

• His view of himself is arguably a result of his knowledge that the situation is his own fault and so he deserves to die. He was foolish to sign the grisly bond with Shylock and arrogant in assuming that his ships would return in time.

How sympathetic is Antonio as a character?

Sympathetic: The drama of the courtroom scene as Antonio is taken to the brink of death directs the audience’s response to feel great pity for Antonio. He accepts his death without grovelling for mercy, understanding that ‘the duke cannot deny the course of the law’. He knows that the law has to be upheld and there is a nobility in the way he accepts this, even as the audience watches the grisly visual spectacle of Shylock ‘earnestly’ sharpening his knife. This is horrifying and our sympathy is with Antonio. Later, despite being saved, Antonio does not find happiness with a loved one by the last scene. He contrasts with the happy couples in Act 5 and ends the play as he began: isolated and melancholy.

Unsympathetic: Antonio is not an admirable character. His bigoted treatment of Shylock is appalling, dehumanising him by calling him a ‘cut-throat dog’. Antonio has also physically abused Shylock by spitting on his cloak which shows complete contempt. This lack of religious tolerance would have been commonplace in Elizabethan England but modern, post-Holocaust audiences who watch the play often find it difficult to sympathise with the prejudiced Antonio. 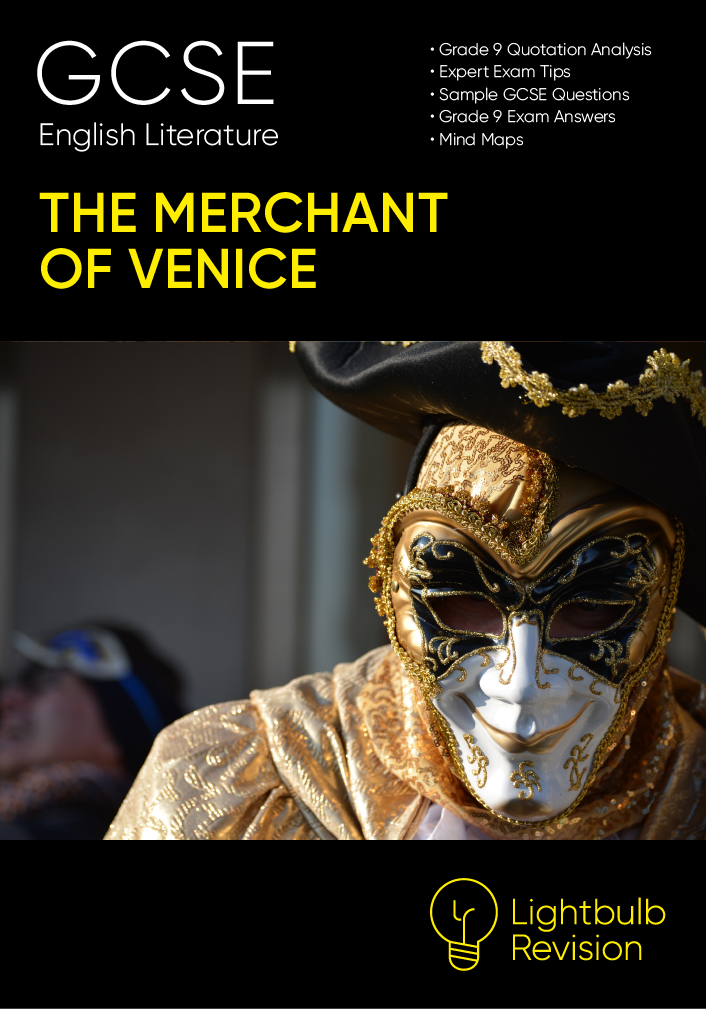