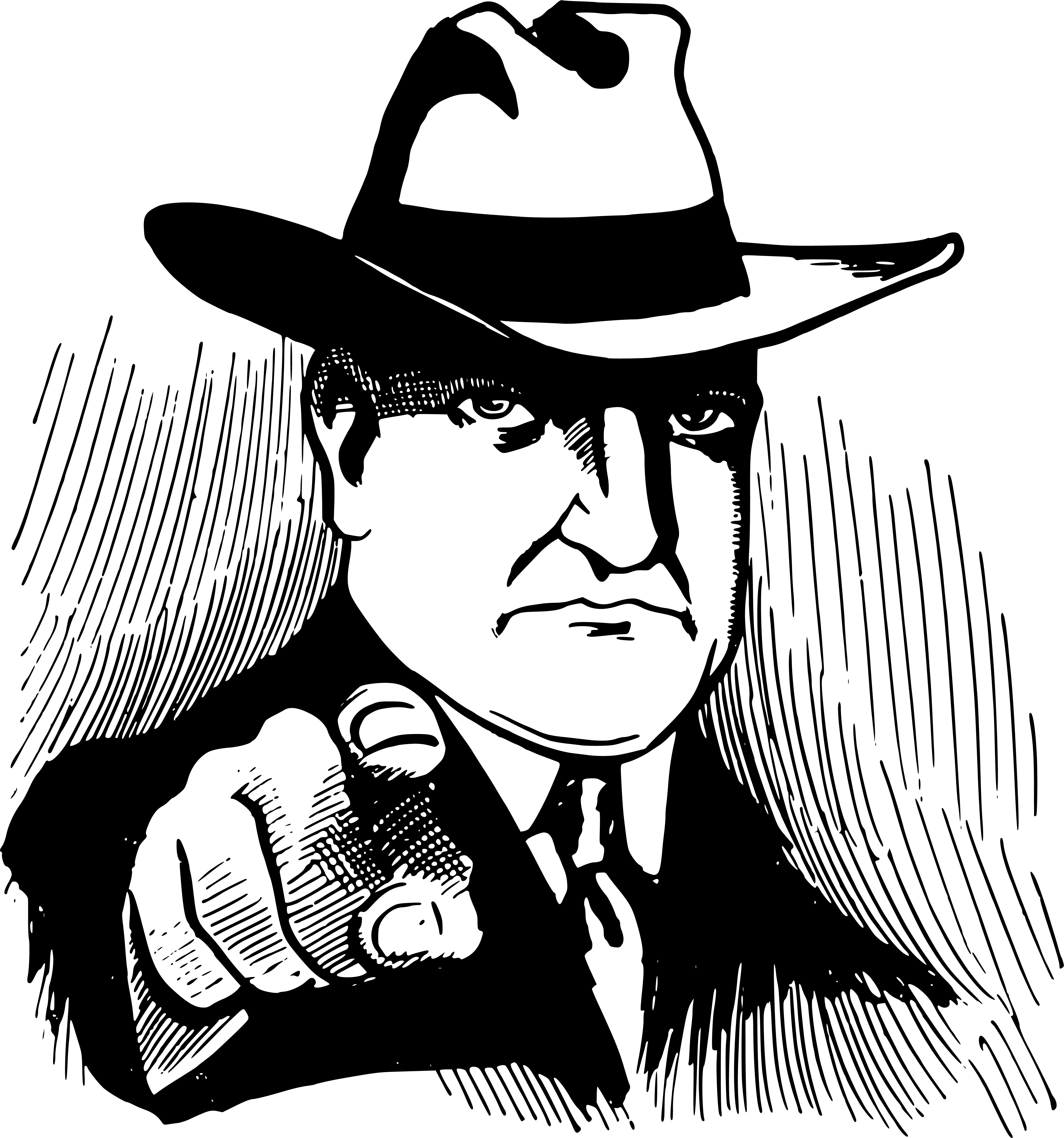 Inspector Goole is the mysterious character who turns the lives of the self-satisfied Birlings upside down by exposing their involvement in the death of Eva Smith. The Inspector raises ideas of private and public responsibility and also acts as an effective dramatic device.

A stage direction of a ringing door bell introduces the Inspector.

The bell cuts across Mr Birling’s speech which outlines his views on ‘community and all that nonsense’. The ‘sharp’ ring foreshadows the impact that the Inspector will have on Mr Birling’s life as it demonstrates how the Inspector has the power to interrupt Mr Birling and to challenge him.

The stage direction stops Mr Birling and the sound also jolts the audience. It signals a turning point in the play.

‘He says his name is Inspector Goole’

The Inspector claims that his name is ‘Goole’.

The unusual name reflects the odd nature of this police officer and raises questions about the function of the Inspector. ‘Goole’ is a play on the word ‘ghoul’, suggesting that he is a supernatural being, perhaps sent by the dead Eva to force the Birlings to take responsibility for her death.

‘one line of enquiry at a time’

The Inspector takes charge of the enquiry.

Inspector Goole controls the pace of the story by interviewing one person at a time. He is a dramatic device used by Priestley to expose the crimes of Birlings and the Crofts in a methodical, ruthlessly efficient manner.

‘Burnt her inside out, of course’

Investigating an incident, Inspector Goole establishes the victim and the nature of her death: that Eva swallowed disinfectant which ‘burnt her inside out, of course’.

The graphic vocabulary of the corrosive liquid destroying Eva’s body is shocking to the Birlings and also to the audience. The matter-of-fact interjection ‘of course’ only highlights just how appalling the death was; there was no doubt at all about the fatal outcome of her actions.

Context: By establishing the crime, Priestley follows the formula for a classic whodunnit, a detective story where the audience has to guess who the criminal is. However, the whodunnit is not the definitive genre; ‘An Inspector Calls’ could fit into the category of a morality play, a political play or a drama about family life.

‘Don’t stammer and yammer at me again, man. I’m losing all patience with you people’

The Inspector becomes impatient with Mr Birling’s interruptions and tells him to be quiet.

He shows a complete lack of respect for his social superior, Mr Birling, through his use of the imperatives. This lack of deference (respect) is also seen in the dismissive address of ‘man’.

The colloquial phrase ‘stammer and yammer’ reflects the Inspector’s deep anger and disgust at the Birlings. This use of North-Eastern dialect helps create a sense of a real person.

Context: Society in 1912 was organised by an inflexible hierarchy based on power and class. Mr Birling, as a member of the middle class, is socially superior to the Inspector but the way the Inspector talks to Mr Birling shows how the Inspector, and Priestley, challenges this social system.

‘fire and blood and anguish’

The Inspector’s final speech warns that, if society does not learn lessons of public and private responsibility for the poor and the weak, then it will be taught these lessons in ‘fire and blood and anguish’.

The syndetic list of violent destructive nouns signals a clear warning to the Birlings and to the audience that horror lies ahead of them unless they change their ways.

The ‘fire and blood and anguish’ could refer to battlefields of World War One. Alternatively, the Inspector could be referring to the fires and pain of hell where the Birlings will be punished in an after-life for their sins in this world.

Context: The Inspector here acts as Priestley’s mouthpiece. As a man with socialist leanings, Priestley firmly believed that society should be organised in a fair and equitable way. The Inspector’s warning is very relevant to the 1945/6 audience that, without a fairer society, the horrors of World War 1 and World War 2 will be repeated.

Is the Inspector immensely powerful in changing the Birlings?

Yes: Priestley’s stage directions reveal an incredibly influential character; for example, the Inspector should have an ‘impression of massiveness’. Other stage directions show his control as he ‘takes charge’ ‘cutting in’ and forces all the Birlings, including the impregnable Mrs Birling, to admit their part in Eva’s death. Even the lighting reflects his power as, when he enters, it becomes ‘brighter and harder’, destroying the cosy, intimate atmosphere. In Stephen Daldry’s famous production, the Birlings’ house is on stilts and collapses at the end of the play after the Inspector’s investigation. It is a very clear and dramatic demonstration to the audience of just how much of an impact the Inspector has.

No: The Inspector does not force the Birlings to confess and, in Sheila and Eric’s cases, change. He simply acts as a guide, and merely shows the characters their faults and their role in the treatment of Eva. Indeed, when Sheila runs out of the room, crying, the Inspector states: ‘I haven’t done anything. She is upsetting herself’. Priestley uses elements of Greek theatre in his play and the Inspector acts as the chorus, commenting on the action and the characters. He is not necessarily instrumental himself in affecting change. 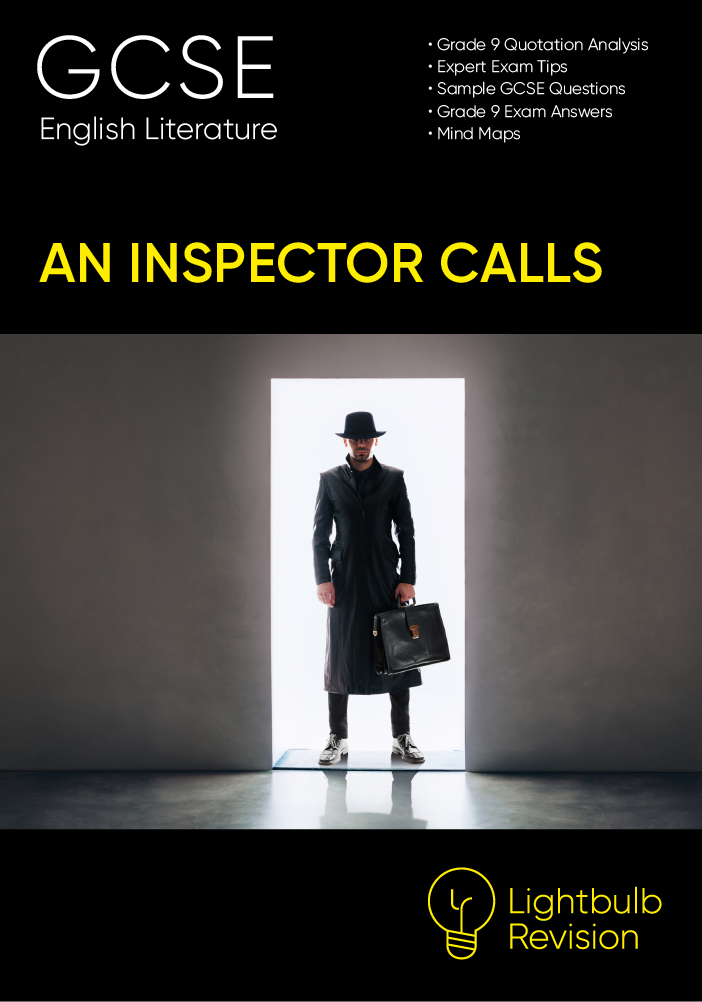