Exploration of a Theme

In the novel, a group of boys are thrown together in an unusual situation on a deserted island. They are fairly similar in age and from reasonably similar backgrounds which ensures that friendships are easily formed. Yet, even at the start, there are divisions in the friendships as humankind’s base desire for power exerts itself.

• Jack and Ralph sit in front of the fire they have jointly made, pleased with their work and enjoying each other’s company.

• Golding celebrates the collaborative efforts that the boys have made through using a metaphor of light. The list of nouns captures the optimism that the boys still have in the early days on the island.

• There is perhaps foreshadowing in the adjective ‘strange’ which suggests that this bond of friendship is unusual or hard to define. Certainly, the friendships are soon torn apart as time wears on and attempts to conform to civilisation on the island break down.

Context: Golding subverts the genre of children’s adventure books such as ‘Coral Island’ and ‘Swallows and Amazons’. In these stories, the children live outside the world of grown-ups and enjoy great camaraderie and adventure throughout the novels until they are reunited with the adult world at the end. Yet Golding twists this genre to show the bleak savagery at the heart of us all as the boys on the island violently turn on each other, destroying any semblance of friendship.

‘‘Better Piggy than Fatty,’ he said.’

• Ralph betrays his new friend Piggy by telling the boys of the nickname that Piaggy is ashamed of.

• Friendships should be based on trust and Ralph betrays this trust. Arguably, he does this for Piggy’s good in order to deflect a worse nickname. Yet it seems to Piggy that Ralph has betrayed him at the first opportunity.

Context: Golding was a school teacher and saw first-hand the alliances and betrayals of the school boys that he taught.

• Jack and Ralph’s friendship is tested by their different priorities: Jack’s priority is to indulge in the excitement of hunting while Ralph is concerned with providing shelters.

• The opposition is clear in the similar sentence structure which reflects the conflict that is testing their friendship. The shift in verbs from ‘want’ to ‘need’ shows the friendship is in conflict as Jack wishes to indulge his desires and Ralph is putting his own desires to one side to provide for the community.

Context: Golding uses Ralph and Jack to represent two opposing ideologies: Ralph represents a paternalistic democracy where the needs of the weak are looked after while Jack is moving towards a dictatorship based on brutal violence. In this, Golding draws parallels with the recent World War Two, often viewed as a struggle between opposing ideologies. In this struggle, friendships soon become impossible.

• After the confrontation over the dead fire and the failed attempt to be rescued, Jack and Ralph’s friendship changes.

• The metaphor of friendship being a chain which holds people together is used to show how Ralph ceases to value his relationship with Jack.

• Ralph grows closer to Piggy who ‘could think’. Ralph looks beyond the outward appearance of the chubby, socially awkward Piggy and starts to value him.

‘only just avoiding pushing him with his shoulder’

• Roger takes over the torture of Sam and Eric, pushing past Jack and ‘only just avoiding pushing him with his shoulder’.

• Roger and Jack bond because they share the same desire to hunt and to hurt. Here, we see the facade of friendship stripped away as Roger takes control in a barely veiled challenge. Desire for power and violence has replaced friendships on the island.

Look at the theme in a different way.

Are the friendships that are formed on the island genuine?

Yes: Ralph is the central figure in the novel and we see most events through his eyes as the novel follows his story, starting and ending with his experiences. At the end, ‘Ralph wept for… the fall through the air of the true, wise friend called Piggy’.There is huge pathos in Ralph’s tears as he mourns the loss of Piggy and understands Piggy’s loyalty and intelligence. In this sense, the reader sees how genuine this friendship was and how Ralph has learnt valuable lessons about what friendship means.

In this sense, the novel is a bildungsroman, a genre where the central character learns maturity. Ralph has learnt about the dark side of human nature and cannot forget this, returning to civilisation a changed character and one who has learnt about real friendship.

No: The friendships in the novel are not genuine: for example, Ralph and Piggy’s companionship is based on necessity and their joint desire to be rescued. Similarly, Jack and Roger’s alliance is not founded on great liking or trust but on a deep base desire to let unleash their violent urges. There seems little doubt that, if the naval officers had not arrived, then all of the boys would have eventually turned on each other in a survival of the fittest with not even a cursory pretence at friendship.

William Golding believed that human nature is evil and that the boys are suffering from the ‘terrible disease of being human’. As the boys move further away from civilisation and its restraints, they start to succumb to this disease. Friendship is one of the casualties of the descent into savagery; in a survival of the fittest, there is no room for the civilised bonds of friendship. 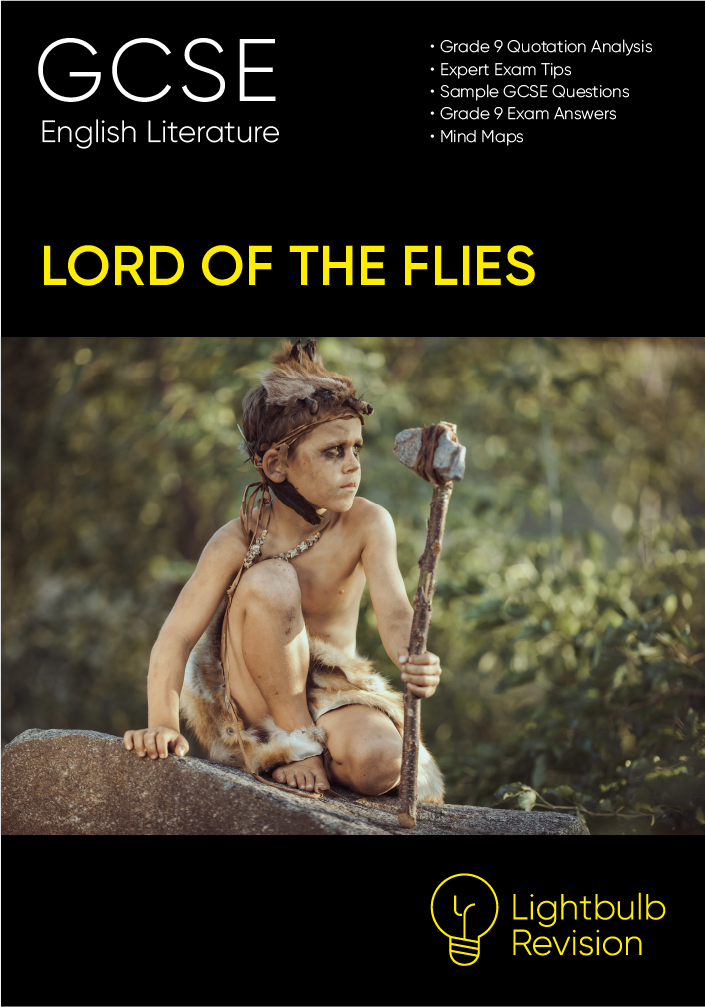